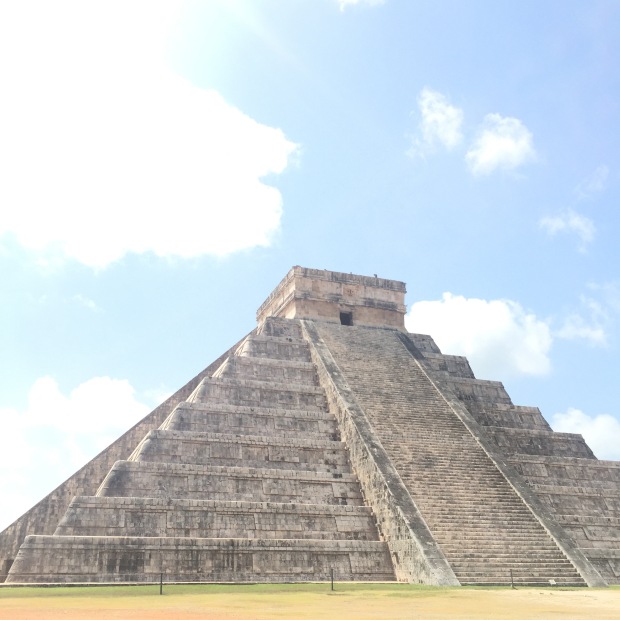 Anyway, I never really considered that I’d see one of the wonders of the world (albeit a new wonder) in person. My visit to Chichen Itza has really given my soul something irreplaceable, something priceless, something money can’t buy.  I don’t even know how to describe it. I feel enriched as a human being.

Needless to say, if you’re going to the Yucatan, it is imperative that you plan a day for this incredible place! I’m going to detail what we did in the state of the Yucatan, which includes our drive out, visit to Cenote Ik Kil nearby, and an afternoon in Valladolid (coming in the next post, as this one is too long to begin with), which is another colorful town that is rich in religious history. 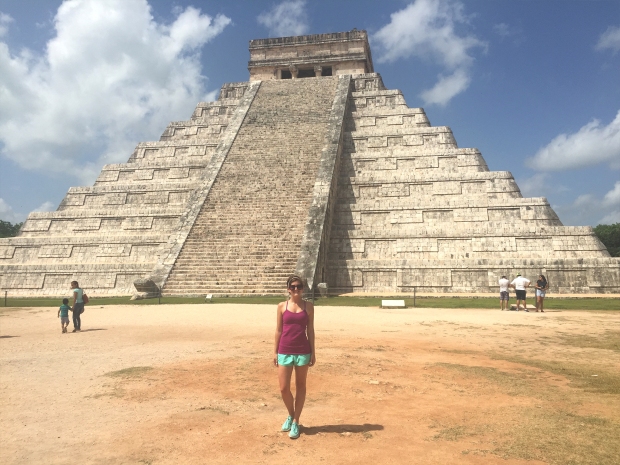 The dawn of the Mayan civilization was around 1800 BC – nearly 4,000 years ago; their territory spread across the tropical regions of Central America, stretching through the  Yucatan, Belize, and Peru. Chichen Itza was built around 60 AD, and is considered the most important Mayan city – an epicenter of Mayan culture. The most iconic landmark is El Castillo, also known as the Temple of Kukulkan (it’s the big pyramid). Now that you’ve had a refresher course in elementary school social studies, let us proceed. 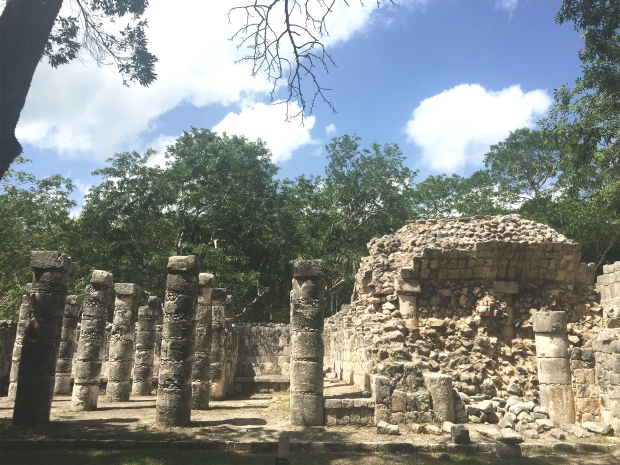 Some tips for visiting: 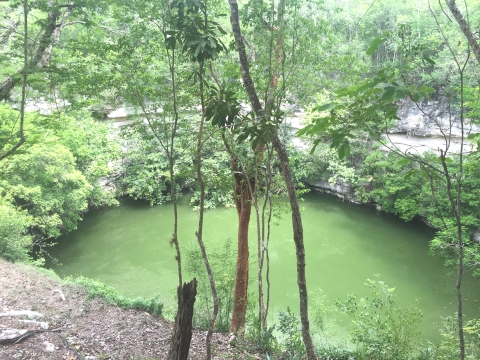 the sacred cenote, site for many spiritual rituals of the maya

Here’s the greatest use I could ever make of a selfie stick: getting an ancient Mayan temple in the background with my mom. 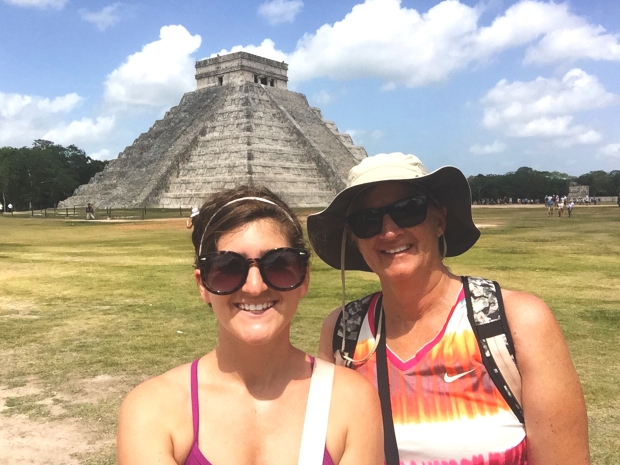 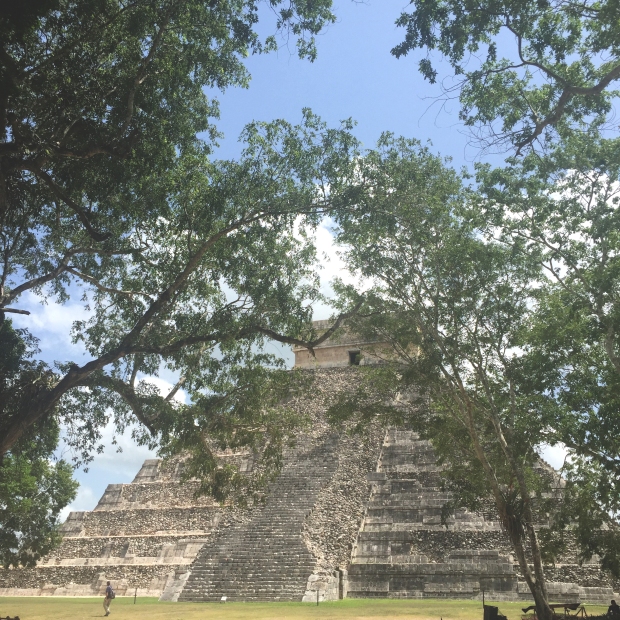 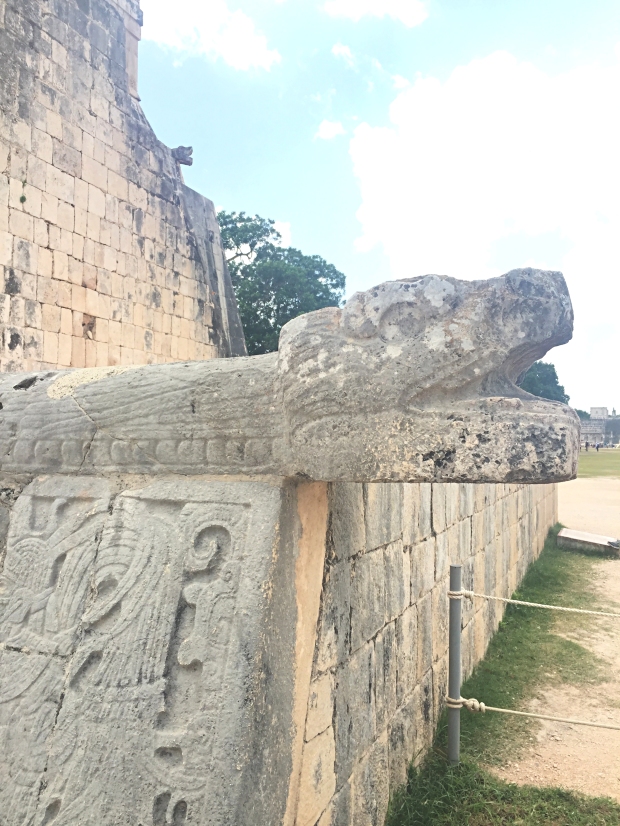 giant mayan basketball arena. if you lose you die! 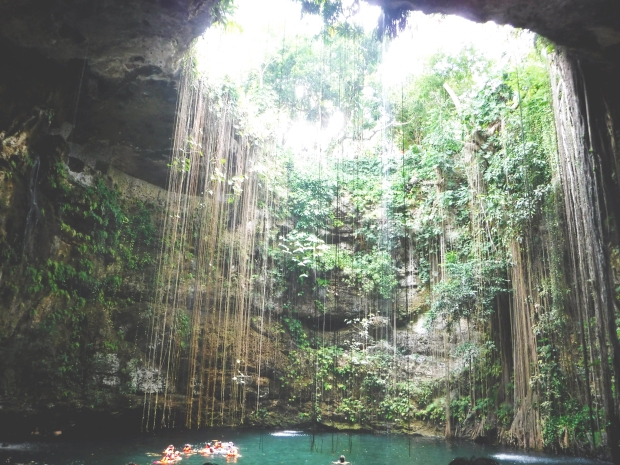 This place is truly a treasure, and imo, a natural wonder of the world. The word cenote (say-noh-tay) comes from the Yucatec Maya word for ‘well,’ – they are a system of underground (subterranean) freshwater bodies, which create sinkholes in the earth. There are thousands (I’ve read as many as 7,000) of cenotes in the Yucatan.

You can find Cenote Ik Kil after you leave Chichen Itza by getting back on the highway toward Valladolid/Tulum/Cancun; there’s a sign for it on the right side of the road.

I can’t remember the cost off the top of my head, I believe it was 70 pesos total for the both of us, although that could have been per person. Approx $2-4.

You can rent life vests, which I regrettably did not do. The water is NOT salt water, it is actually quite heavy… meaning you’ll sink… quickly. You’d think that’d be more obvious, given that these are literally called SINKHOLES. So yeah, in sum, get a life vest. Looks kooky but is super worth it to enjoy your time. Bring a towel in a backpack unless you want to rent one. Lockers are about $1 to rent. They have showers on site. 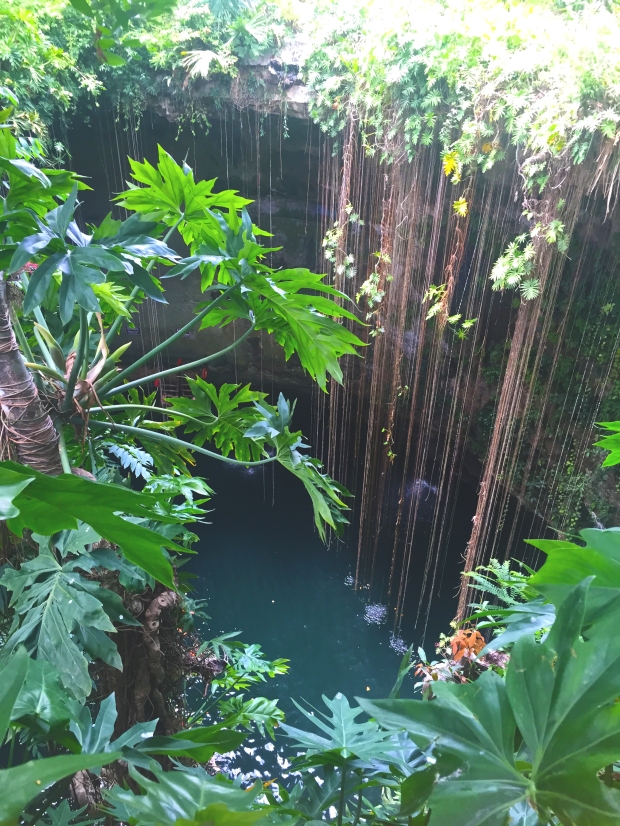 One of my favorite parts of Cenote Ik Kil was the vegetation and wildlife. You can see exotic birds fluttering around, particularly the blue crowned motmot. Seriously SO beautiful. In the water you’ll be swimming with TONS of catfish, which I thought was cool, but I can see how some people might be freaked out. My one question is… how did they get there…? 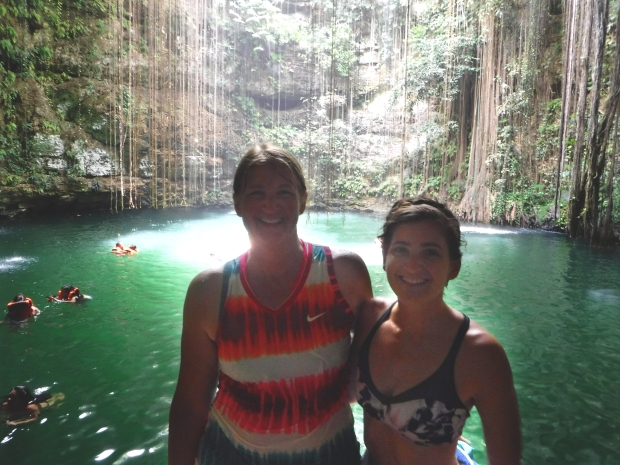 So that was our jam-packed first half of the day, and one of the top experiences I’ve had in my short 24 years.

Hope this was a helpful guide for your trip to Chichen Itza! Stay tuned: I’m about to post all the details on Valladolid, the town on the way to/from the beach!

pilates is the light and the way 🙏🏼🧘🏻‍♀️

travel well: cbd + destressing must haves on a ✈️

There was an error retrieving images from Instagram. An attempt will be remade in a few minutes. 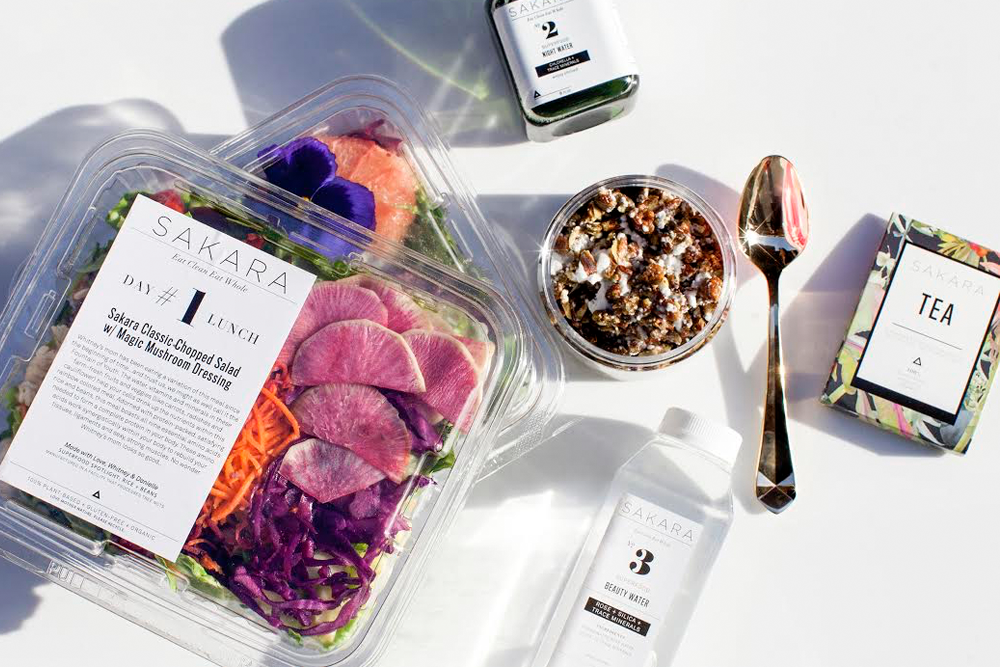